The History of St Michael's School

The first school to be provided in the area covered by the present parish of St. Michael’s was opened in Orchard Street on 25 May 1865.   It consisted of a school room and a small classroom and its founder was the Rev. A. M. Bennett, Vicar of St. Peter’s.

St. Michael’s School started in January 1876 with an average weekly attendance of 34 children.

“Commenced to take charge of the school… attendance 34 children.” 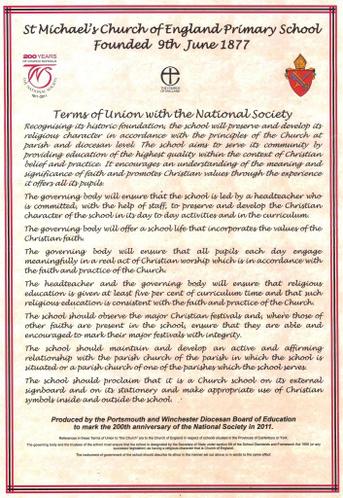 Terms of Union with the National Society sets out the expectation that the school will, ‘serve its community by providing education of the highest standards….and encourage an understanding of the meaning and significance of faith and promote Christian values through the experience it offers all its pupils.’ 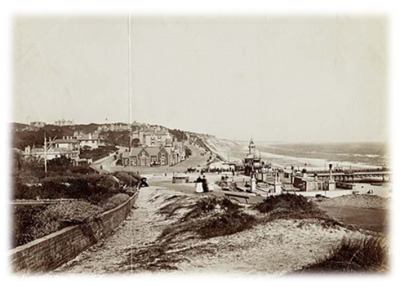 A site for a new school building and a Vicarage specially intended to serve the new parish of St. Michael’s was given by W. Clapcott-Dean and on the 13 May 1878 a new school building, consisting of a school room of 50’ x 20’ and a classroom of 18’ x 6’6” was opened.   98 children and their teachers were transferred to the new building from Orchard street and a further 35 pupils were admitted.

In January 1881 a new Infants schoolroom was opened and a separate Infants School was formed.   The premises were further enlarged in 1889 to provide accommodation for 500 children, though it is unlikely that so many children were ever admitted.   The school was then organised into three departments – Boys, Girls and Infants. 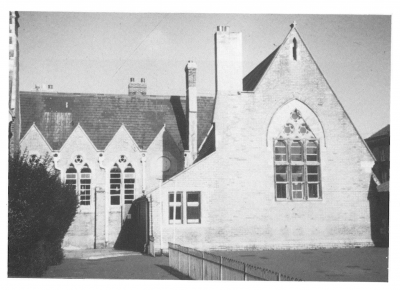 In 1905 it was again organised as a Mixed School with an Infants Department.

In 1928 the school became an All-age Mixed and Infant School.   During this period the Trustees asked the Local Education Authority to accept the school as a Controlled School – this happened in 1954.   This meant that the Education Authority assumed full responsibility for the buildings as well as running expenses and had a two-thirds representation of the Managing Body.

By mid-1936 the Board of Education reports outline the problems of a school of 213 children from infants to leaving age with the head master, “Tied to a class and naturally prevented from exercising the thorough supervision which he would no doubt desire to give.”

In February 1953 the status of the school was decided by the Education Authority and the Governors:  “The PCC having decided they cannot provide the money needed to acquire Aided status and the managers being equally unable to raise the funds required.   It was agreed the Managers of St. Michael’s school would apply for Controlled status.”

The LEA (Local Education Authority) began the modernisation of the premises and in December 1961 the first phase, consisting of the four Junior classrooms built on the site of the old vicarage was opened. 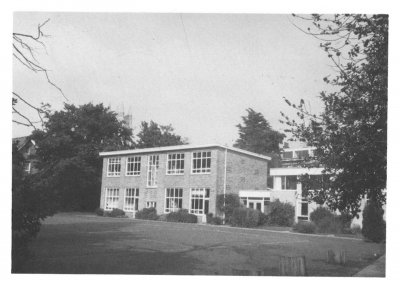 Phase Two was opened on the 14 November 1969.   This included four classrooms, a new hall, two library spaces, staffroom, Head’s office an office and a secretary’s office. 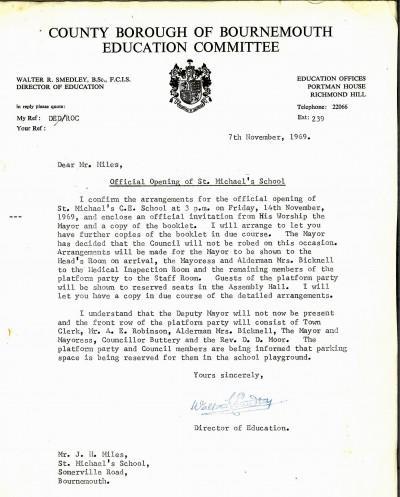 On October 29 1973 there was a fire in the school.   The quick thinking of a local resident prevented huge damage.   The cause of the fire had been an overheating of fan heaters.    Smoke had penetrated into all eight classrooms in the main building.   Staff, parents and children helped with the clean up so that the school was reopened quickly on 7 November 1973.

In the 1990s the school had a further expansion incorporating six new classrooms, studio and changes to the reception area and Head’s office.

By 1997 the school was a two form entry from Reception to Year 6 with an average of 390 pupils.

Historically because of the location of the school there is a transient population.   This population began to feature a growing number of children who had English as their second language.   Today, 62% of our children speak English as an additional language.

on the throne of England